Scroll down for giveaway! 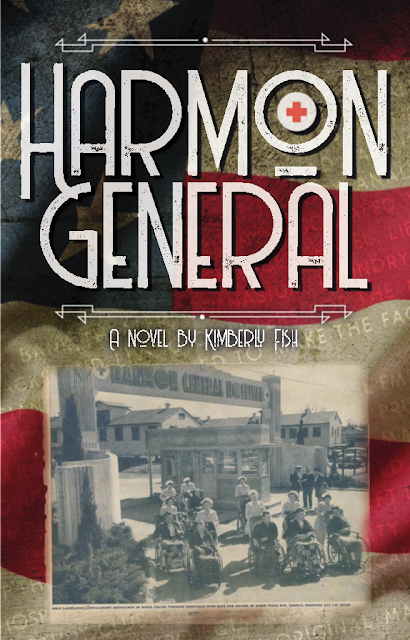 In 1943, Lane Mercer and Emmie Tesco had nothing in common. Well, nothing stronger than a town neither of them chose and careers they couldn’t advertise as agents within the Office of Strategic Services. During the days of Longview, Texas’s Friendly Trek Homecoming Parade, Lane was gearing up for the grand opening of a bookshop that also disguised an espionage safe house, and Emmie was chasing a criminal with evil intent through the US Army’s new medical facility, Harmon General Hospital, treating diseased and amputated soldiers. Emmie ropes Lane into international threats at Harmon General, making it increasingly hard for the two spies to navigate the Junior Service League, church life, or anything else that might be considered normal for a town sizzling with oil boom wealth. A friend from Lane’s past arrives and pushes against the fiction she’s created to distance her spy history from the wedding bells ringing her future. Emmie flirts with the idea of finding a life outside of the OSS but justifies the danger as a way to make amends for those she’s betrayed. Connecting the two women, to their surprise, is a rogue agent who targets them for crimes he believes they created. For better, or worse, they have to put aside their differences to share responsibility for stopping “The Grasshopper” before he blows apart the Big Inch Pipeline project and Harmon General Hospital. The hope of malaria treatments for US soldiers depends on it, and justice of the heart demands it.


"The war that changed the world brought the world to East Texas through Harmon General, a significant US Army hospital that treated thousands of wounded soldiers in Longview.  In Harmon General, we meet again Lane Mercer, a World War II heroine, and we enjoy again how the drama of her secret service to the nation and her complicated personal relationships pull us into the vast impact of the world war." -- Dale Lunsford, Ph.D., President, LeTourneau University


“Harmon General is a brilliant story for historical fiction readers! Set in World War II, the female spies, Army hospital setting, and drama amongst the Longview townsfolk kept me riveted and engaged until the very end.” - Jody T. Morse

A second book in a series must rev it up, and Harmon General delivers. Lane Mercer's life becomes more complicated, if that is possible, than it was in THE BIG INCH.  Honestly I wanted to invite her for a drink and talk some sense into her!  If I had, I would have been very gentle, because I was afraid of what was coming for her, but not to fear, Lane's a fighter.  Good thing, since she found herself in a WWII den of vipers and spies right in Longview, Texas.  And, I loved getting to know Emmie Tesco better, and see that beneath her tough-as-nails attitude, there lay a broken heart that could blossom with a little TLC.

Now, besides Lane and Emmie, there are many characters in these books with more and more layers, whose stories and attitudes and actions I enjoyed getting to know even more in HARMON GENERAL, such as Slim, Patrick, Theo, Zeke, and Judge Wyatt.  Kimberly has built a world that is enjoyable to inhabit, with some rich and surprising Texas history in the World War II arena.  Even better, HARMON GENERAL is even more of a page turner, and the book is downright gorgeous.

Congratulations, Kimberly, on a great book which enriches the series. Thank you for the review copy (and awesome bookmark!!) in exchange for an honest review.  Now, I think I should also disclose that I believed in your series enough to sign up with you to produce the audiobook (coming out later this summer).  I did that before I read the second book, but I had a good hunch that I would not regret it.  I was absolutely right.

Hope you all will take a chance on HARMON GENERAL, and if you passed on THE BIG INCH last time around, download it for free below. (Act fast, this offer is only for the first five days of the tour!) 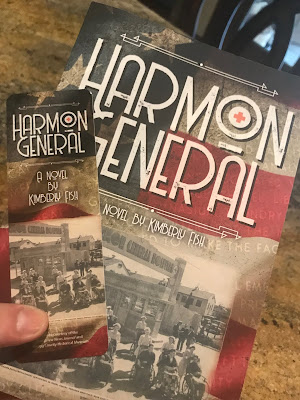 SPECIAL GIFT FROM THE AUTHOR: 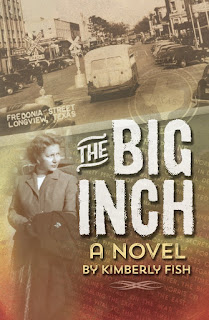 For the first five days of the Lone Star Book Blog Tours promotion of Harmon General, the Kindle  e-book of The Big Inch is FREE!!  That’s right, from June 22-27, the e-book that started the whole Misfits and Millionaires adventure costs nada! Click to download your copy!

A WORD FROM THE AUTHOR: 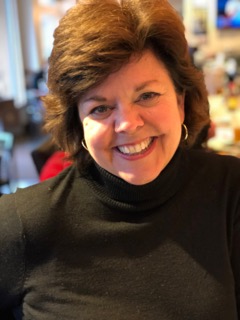 Kimberly Fish started writing professionally with the birth of her second child and the purchase of a home computer. Having found this dubious outlet, she then entered and won The Writer’s League of Texas manuscript contest which fed her on-going fascination with story crafting.


She has since published in magazines, newspapers, and online formats and in January 2017, released the first novel in the Misfits and Millionaires series set during the World War II years in Longview, Texas—The Big Inch. Her second book, Comfort Plans, was published later that same year.


She lives with her family in East Texas.


to see book reviews and behind the scene peeks


at places that have inspired the novels!

From kissing couples to fabulous fedoras, 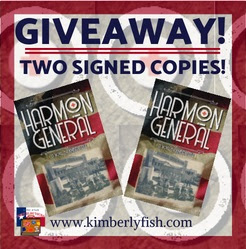 
VISIT THE OTHER GREAT BLOGS ON THE TOUR: